Auckland - Here I am

I finally arrived in Auckland at 2.40pm on Friday 30 August - and what a welcome sight this was  as I got off the plane.... 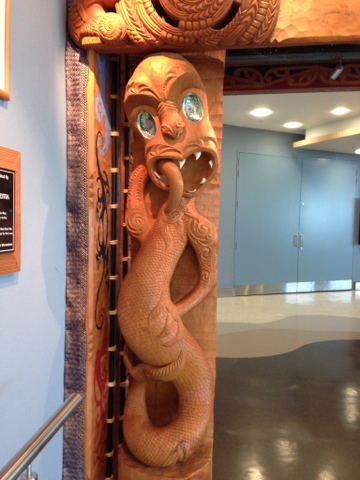 It is always so exiting to get home and especially as my gorgeous girl, Soph, was waiting for me.  Needless to say by the time we got home and ate an early dinner I was very happy to put my head on the pillow and sleep for the next 13 hours.
Saturday 31 August and woke up to a gorgeous breakfast - 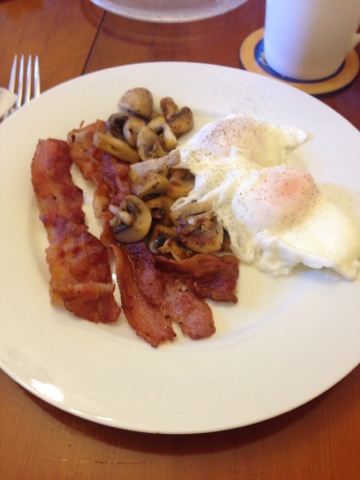 And then it was time to head down the road to begin the big celebrations - my Dad was celebrating his 80th birthday - and an even bigger surprise was to realise that this was the first birthday party he had ever had. 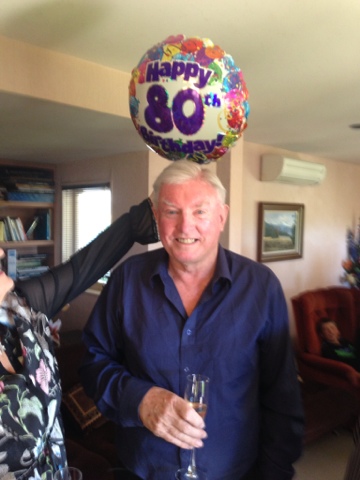 There were 26 guests including all our immediate family (9 in total), and very close family friends - caterers dropped off the most beautiful seafood and champagne flowed. 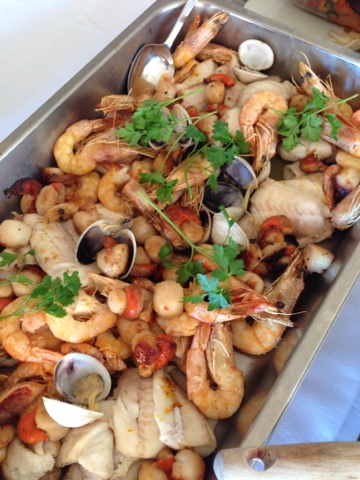 It was a wonderful day of celebrations.  After the party, Soph and I headed to Milford Beach to meet a friend I hadn't seen in person since we left school in 1980 - 33 years ago, although we are Facebook friends.  Melody takes the most beautiful photos and I often comment on them on FB as her pictures often include her little dogs running along Milford Beach.  She had very kindly offered to take a photos of Soph and I......here is my favourite: 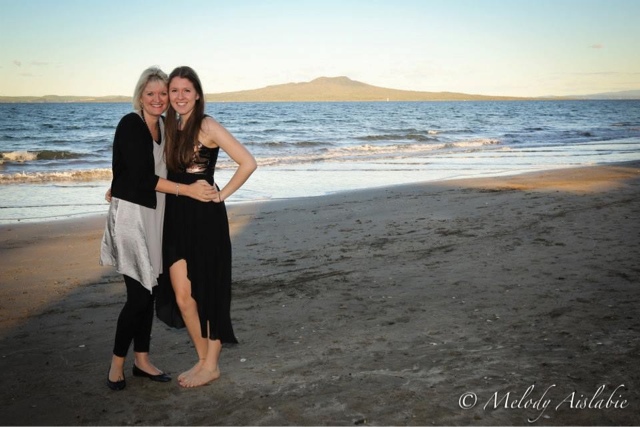 After the photos we enjoyed a wine together along with another of our school friends, Kim-Juan Fisher: 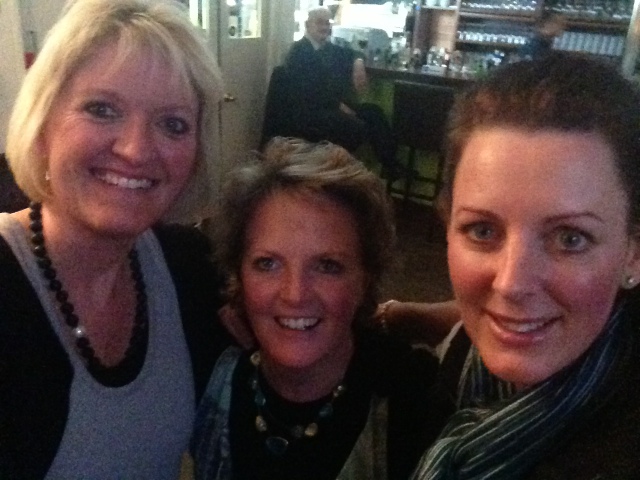 Then once again after a long day it was time to time to lay my head to rest in readiness for another big day today.....
Sunday 1 September
The day dawned clearly and we had another great breakfast of bacon and eggs and Soph and I headed down to Takapuna Beach for the start of the 10km race which started at a civilised time of 10.10am.  It was so great to see so many friends - Olivia, Sue, Helen and Kim and that was before we started the run.  Once we started I ran in to so many others - Sheryl, Chris and Christine before being joined on the bike by another dear friend, Carron.  I said to Carron  that  I wasn't going to be the best company as I was breathing pretty fast at this point but she replied never mind she would talk and I could listen - she proceeded to tell me the funniest story about her gorgeous wee cat, Turbo, who had just been to the vet to have a tooth removed and the vet suggested wee Turbo needs braces.  Carron then told me that there is an orthodontist for cats.  One can only imagine the cost.  I need to hear later whether Carron is going to pursue this option.  Anyway as the run was veering off along the beach Carron left me with clear instructions to run harder as Soph was now less than 100 metres in front of me and I wasn't to let a 20 year old beat me. (She also told Soph not to let her mother beat her) - so the race was on -   Soph and I were both running as hard as we could and I wasn't quite able to catch her and for the first time ever, Soph crossed the finish line about 10 seconds before me - we still need to check the actual race results to determine just how close the gap was.
Then it was back to Mum and Dad's for another seafood lunch - nothing like a good protein lunch to recharge the aching muscles - actually I can barely move as I pulled a muscle behind my knee as I got off the plane and thankfully my mother massaged the knots out this morning - I probably shouldn't have run but I was too tempted and had to start.
Then it was down to the Commons in Takapuna for a catch up with Carron, Chris, Liza, Christine, Julie and Soph 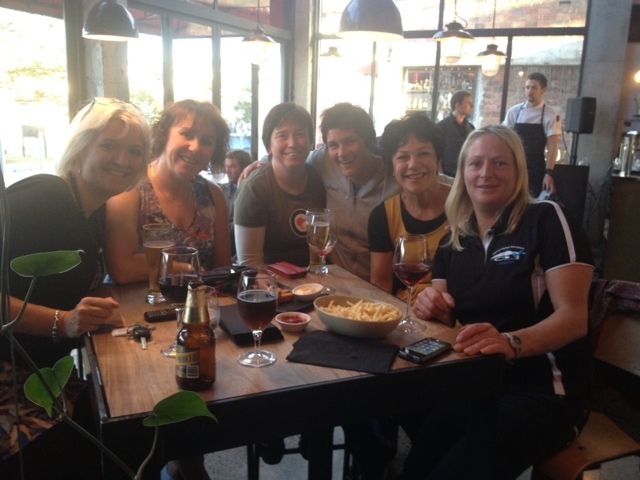 and to hear about the Coast to Coast Challenge for 2015 - that sounds very exciting!  Chris and Christine are all signed up for Ironman 2014 so I will follow that race as I did last year from the couch - I might add that its actually exhausting watching from the couch as strange as that may seem.
Then onto dinner with Clara and Jason - so awesome to catch up on all their news - Clara kindly lent me some togs to join the swimming training at Takapuna pool on Wednesday - given I can now barely walk as the muscle strain worsens -  I may be better off in the pool this week.
So another busy but wonderful day catching up with so many friends.  Off to bed - its 11 pm:)
Posted by Unknown at 7:55 PM