I want to introduce you to my hairdresser in Singapore, Bebe. 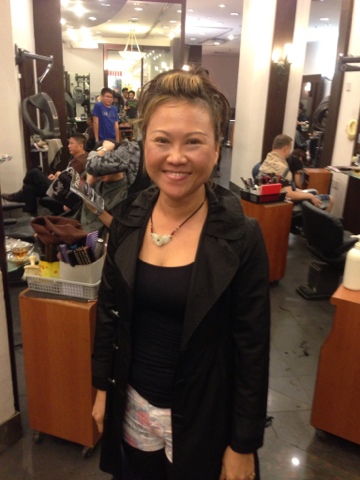 The strangest thing about Bebe is that she won't cut my hair - which I am sure you will agree is odd given her profession.  I have never met a hairdresser who refuses to cut hair.   I have been in Singapore nearly 12 months now and she has only trimmed my hair once and I had to beg her to trim it.  She tells me the reason she won't cut my hair is that short hair doesn't suit my face and I will never find a husband whilst I have short hair.  Gosh, I didn't even know I was looking for a husband.
The first time I met Bebe I was initially impressed with her observation skills as she asked if I was a swimmer.  Wow, how did she know I thought?  Bebe continued by saying that I must be a swimmer as my hair was green from the chlorine in the pool.  Oh dear.....it wasn't because I had a lean athletic frame then.
Anyway, it was time to return to Bebe today as my highlights were in dire need of re-doing.  I arrived at midday and as Bebe seems to highlight individual strands of hair I finally left at 4pm.  Thankfully, having been through this now on more than one occasion, I had downloaded a movie on my iPad so was able to enjoy watching Denzel Washington in one of his recent thrillers.  Not a bad way to spend the afternoon.  Hope you like the end result! 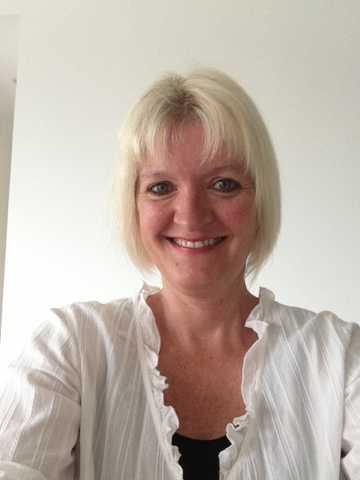