Time on our feet

I don't think any of us slept well last night as we were due to head out for a 4-5 hour run this morning at 6.30am - the clincher was that it was the start of daylight saving so 2am became 3am - we were all worried that our clocks wouldn't change and we would miss the start.  None of us did.

It was dark though at 6.30am (what would have been 5.30am) and the tide was high so we planned to run from Takapuna to Murrays Bay on the road and then head on the coastal walkway to Long Bay and over to Okura River.  As the sun came up it became clear to us that it was going to be a stunning day after weeks/months of winter and rain. 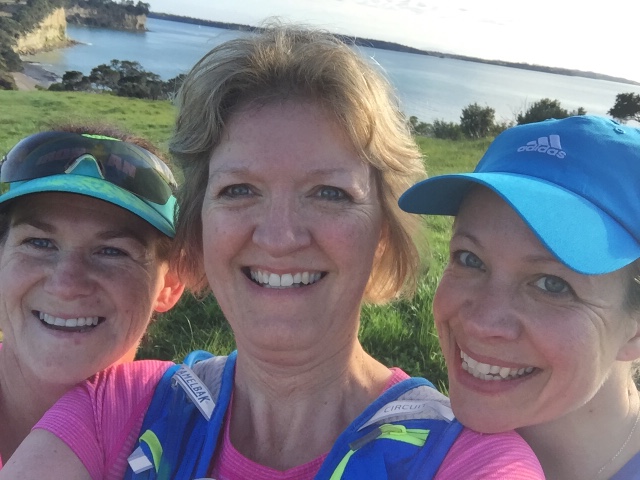 We live in one of the most stunning places in the world and as we headed along the countryside from Long Bay to Okura some of the views were stunning. 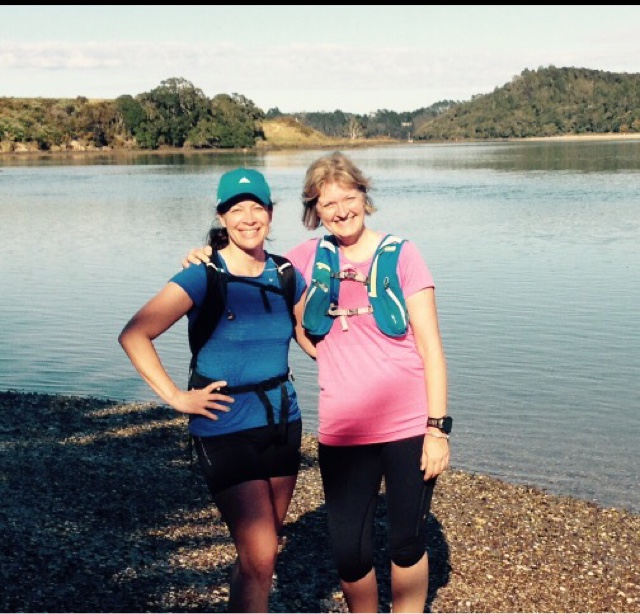 My anxiety levels were rising today as I thought about the time that we were due to be out for - 4-5 hours is a long time on your feet but as coach Sue reminded me the 50km event may take in excess of 7.5 hours due to terrain so its good for the mind and body to spend a significant time in training on your feet.

We turned around when we could go no further at Okura and at this point we were getting close to having been out for 3 hours.   We were also testing nutrition today and the thought of some of the gels we had with us wasn't appetising - thankfully Sue had some yummy treats that were equivalent to great lollies so I will be looking to purchase some of those before the next long run.

When we got back down to Long Bay beach we decided to take a chance and run back along the coastline - the tide was going out by now so it would be another change of scene and terrain.  What we hadn't anticipated was the slimey rocks - some so slippery it was preferable to wade through the ocean - which actually was very refreshing on such a warm sunny day. 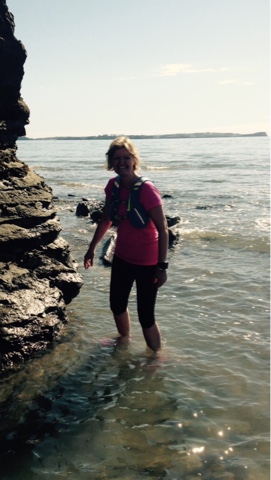 At the 4.5 hour mark, Sue's husband very kindly arrived at Waiake to pick us up - what a relief it was to finally sit down. 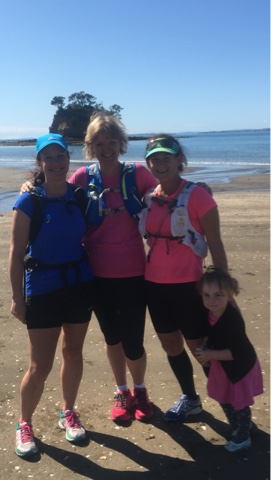 I have to say I was starving at this point so once I got home and had a shower Soph and I walked down to Burger fuel and picked up a burger and kumera fries - absolutely delicious and hardly touched the sides after our busy morning. 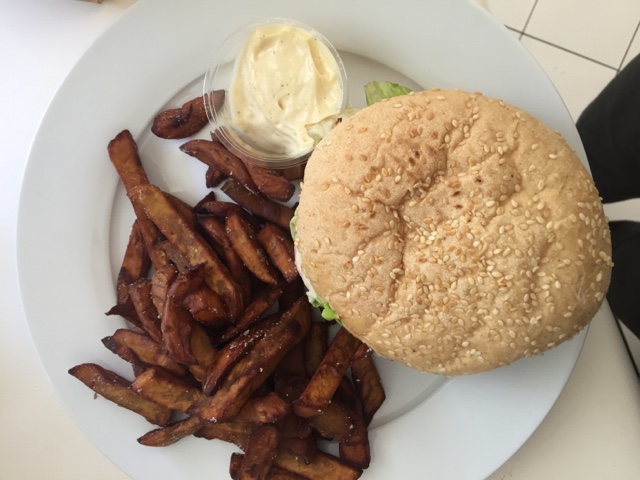 What a great morning out with two awesome friends…..Until next time.