It was great to catch up with Simone this morning given we had missed running together last weekend.

We had a 90 minute run on the programme today which seemed very short after 4 hours last Saturday. I have to say that it took me most of the week to recover from that long run and a few early nights were needed to bounce back.

It has been a miserable week weather wise with torrential rain and gale force winds so it was a slight relief to head off under grey skies but without the rain.   We headed towards Devonport which is a nice undulating run and then decided to make our way back along the coastline.

Because of the heavy rain during the week the rocks along the coastline were green with slime and very very slippery.  After taking 15 minutes to complete 1 kilometre on the rocks and a nasty fall by Simone, we found a steep staircase which we hoped would take us back up to the road.

It was quite a climb up to the road so we were very disappointed to find that there was a fence that had been put up to stop people going down the staircase to the beach but it was also going to prevent us from getting back to the road.

However, where there is a will there is a way.  Simone very confidently climbed over the top of the fence but I am not so agile and after attempting to go over the top and failing I found another route out - under the fence.  I was absolutely filthy when I got up after crawling out but pleased not to have had to return to the rocky slippery coastline. 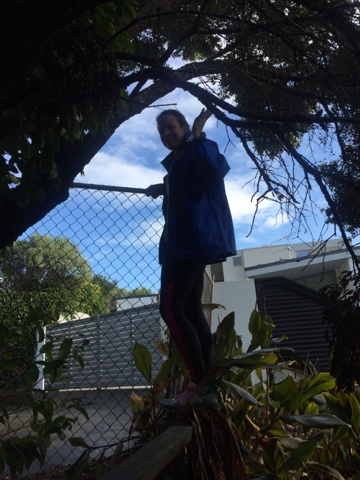 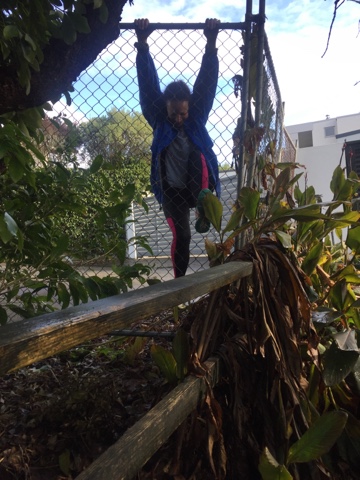 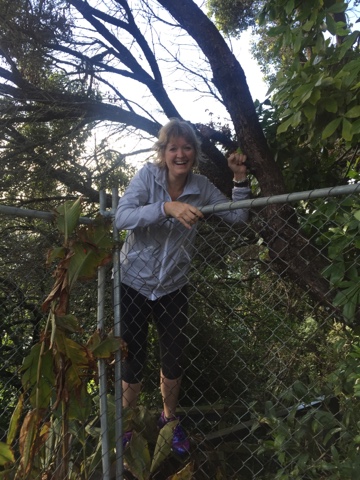 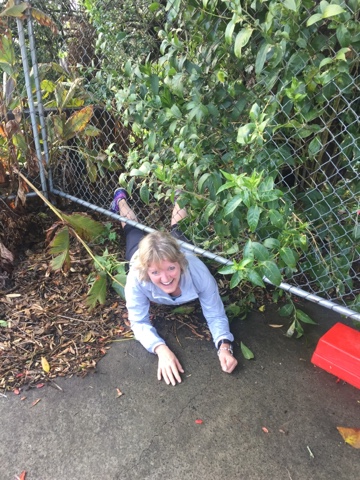 We headed back along the road and then Takapuna Beach taking nearly 2 hours in total as opposed to the 90 minutes planned.  Never mind - ultra distance run training is all about time on your feet.