The Auckland Marathon / Half Marathon is the biggest event on the running calendar for us so it was with great excitement this morning that we made our way down to the Devonport start line.  The excitement was made all the greater with the All Blacks playing in the Rugby World Cup final at Twickenham against The Wallabies and so there was a big flat screen TV just next to the start line so that we could all watch the game finish.  Thankfully the mighty All Blacks won - so what a great start to the day.

It was also exciting to be running today with lots of good friends, including my running buddy Simone who will do the 50km with me in two weeks time, my gorgeous daughter Soph and my awesome niece Orla who was running her first half marathon and had flown up from Christchurch to take part.  We also ran into Suzanne at the start line who Simone and I worked with at ANZ a number of years ago. 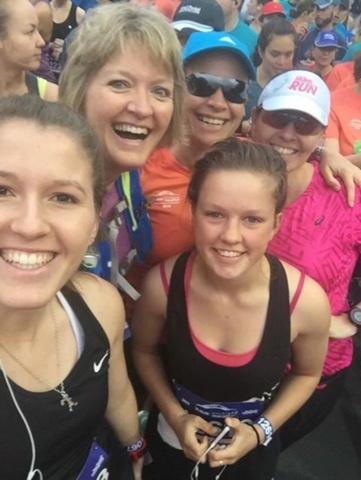 The half marathon started at 6.50 am (50 minutes after the marathon which my friend and neighbour Helen was taking part in).  Once the race started things moved very slowly given the thousands of runners who were taking part.  Simone and I had decided to start the race together but potentially split at the 15 km mark if one of us was feeling better than the other.  The day was perfect for the event, no wind, no rain, and temperatures of about 16 degrees.  It is always great to see friendly faces supporting the event and so it was wonderful to see coach Sue at the 9km mark at Smales Farm.  She took a few snaps of us running past so will look forward to seeing those.

The highlight of the run is going across the Auckland Harbour Bridge - the top of the bridge happens to be the 15km mark which is where Simone left me as she was feeling really good. Then at 18km Soph crept up behind me and went past - her goal for the day was to beat me across the finish line and to be honest I didn't think she would manage it given all the training I have been doing - but off she went and whilst I was very comfortable maintaining the same pace, I didn't have the energy to lift my pace to keep up with her.  There was a turning point down by the Viaduct at 19kms and I noticed Suzanne was very close behind me and I knew she was wanting to run a 2.15 half marathon so I shouted out to her that she was close to being able to achieve her goal.

Finally the finish line was in front of me and I was so grateful to see it.  Just as I went to cross the line Suzanne flew past just pipping me at the post - I was really happy that she achieved her best half marathon time.

Other results - Orla finished her first half marathon in 2.06, Simone finished in 2.14, Soph finished in 2.15 followed very closely by me at 2.16 (along with Suzanne).  Helen also had a great marathon finishing in 3.20 - just awesome but inconceivable for me!

We enjoyed a great family brunch before Orla flew back to Christchurch down at the local cafe where we were joined by my mum and dad. 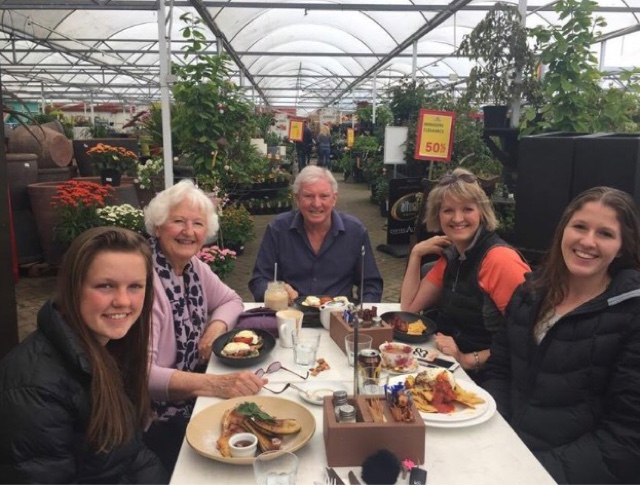 There are 13 days left now until the 50km run and very little left for Simone and I to do other than a few short runs/walks which will allow our legs to freshen up for their big day out at Tarawera in Rotorua on Saturday 14 November - start time 8.30am.