Well it was good to be back in training this week after a nasty head cold last week which resulted in a few days horizontal on the couch.

Yesterday (Saturday) my great friend and neighbour, Helen, organised a fun run for her husband Andy who was turning 40.  When I say a fun run - I soon found out that Helen, Andy and their friends run at a blistering pace despite pushing strollers with their pre-schoolers inside holding on for the ride of their lives.  Having started off very confidently at the front of the pack things only deteriorated from there and I arrived in second to last place at the finish spot 6km later (when I say second to last I am not sure that little Danny peddling as fast as he could on his scooter counts).  Anyway I was very grateful to another great friend, Clara, whose nephews were roaring along the pathway with Clara's triplets holding on in their stroller so Clara had borrowed her nephews bike and very kindly rode the last kilometre or so with me as I gasped for air trying to keep up.   We arrived just in time to see the pre-schoolers taking part in some races along the beach.  Everyone then headed back to Helen and Andy's for an amazing feast of bacon and eggs which were devoured after the mornings exercise (see the photo below of some of the shoes and strollers on Helen and Andy's doorstep).  I am sure its no surprise that I needed a lie down in the afternoon. 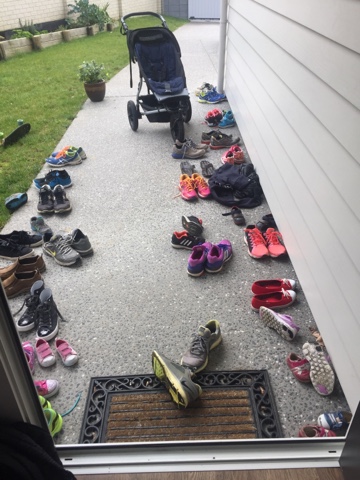 Then this morning after a quick walk with Bella the dog, Simone and I headed off at 7.30am along the Coastal Walkway from  Campbells Bay to Torbay and back - it is quite a steep, long and winding walkway but it was a gorgeous day for a 2 hour run particularly because for the first time in a long time the rain stopped and the sun was shining.   Simone and I have picked out a few challenging training runs which we hope will get us into good shape for the Tarawera 50km Trail run which is now only about 12 weeks away on November 14. 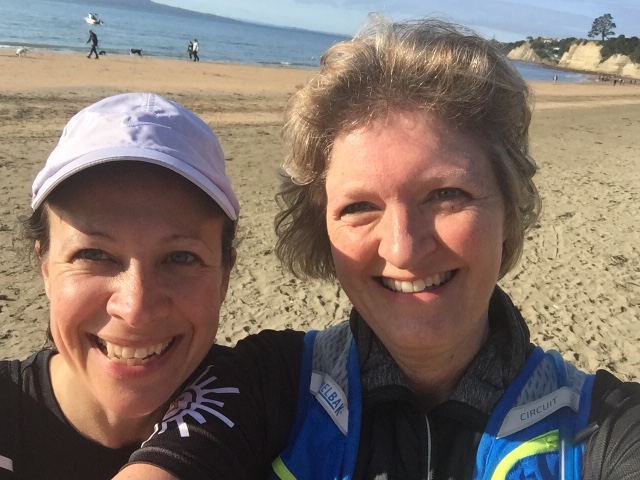 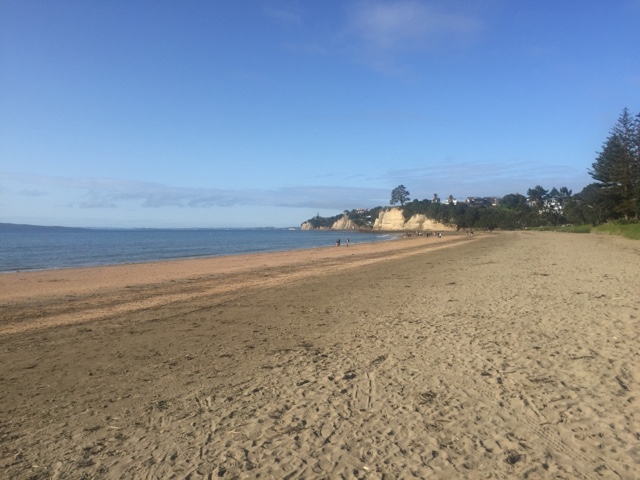 These photos were taken at Browns Bay Beach on our way back to Campbells Bay - it was still fairly early in the morning so the beach wasn't as populated as it was later in the morning - everyone was out by midday enjoying the winter sunshine.