Well before I start my blog today, I need to make a confession.  Yesterday one of my colleagues who recently had dengue fever, tracked me down to say he wasn't feeling well enough start the half marathon and wondered if I might like his entry.  Would I???  YES I really would - thank you so much Nick.  It was such a relief as I really wasn't prepared to run the full marathon and one should really respect the marathon distance.

So it was with rather light feet this morning that I jumped out of bed at 4.30 am and sat down in front of the telly to watch the 5am marathon start whilst I enjoyed my banana and large mug of peppermint tea.

The taxi arrived at 5.30am which took myself and another one of my work colleagues, Jeremy, who lives in the same condo, to the start line at Sentosa.  Given the early start there wasn't much traffic on the road and we arrived at the start-line at 5.37am for a 6.30 am start.  Oh dear.  However, there are benefits in arriving at the start line early, especially when there are 22,000 other half marathon runners also lining up - a great starting position. 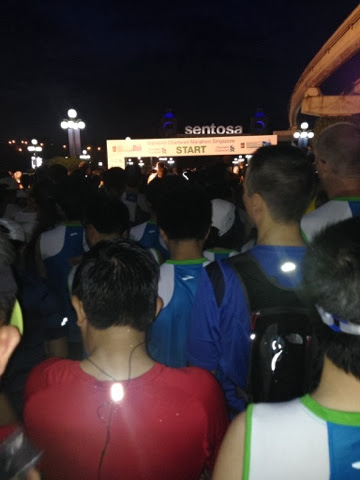 But before we knew it the starting gun went and we were off.  I held my breath for a while wondering if the ITB and the archillies tendonitis might play up but things were feeling pretty good.  I had my last run on Tuesday followed by a really good hard massage to stretch out the ITB so the legs were feeling well rested.  It was also a fairly cool morning for Singapore - so great running conditions: 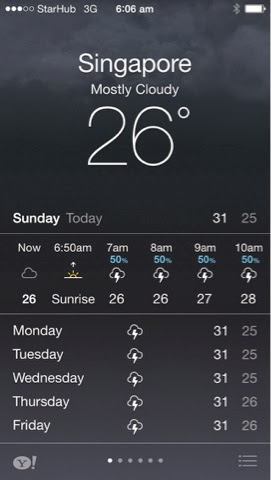 I had decided the absolute best I could hope for would be to keep to the same pace going for the whole distance and keep to what I had been doing in training - run for 8 minutes and walk for 2 minutes - I had my garmin set to buzz every 8 mins and again 2 mins later so that I didn't need to keep checking the time.  This worked really well and I was excited to go through the 8km mark in 1 hour (the exact pace that I managed on really good training days given the heat and humidity).  The route was very scenic and even wound its way through Universal Studios where I managed to get a few snaps: 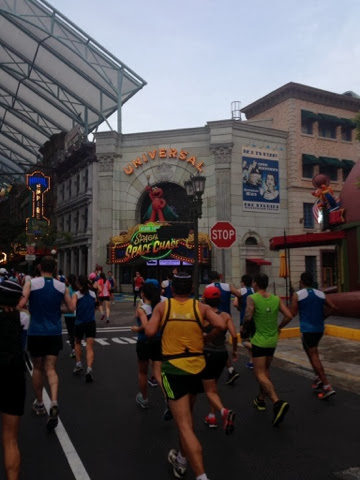 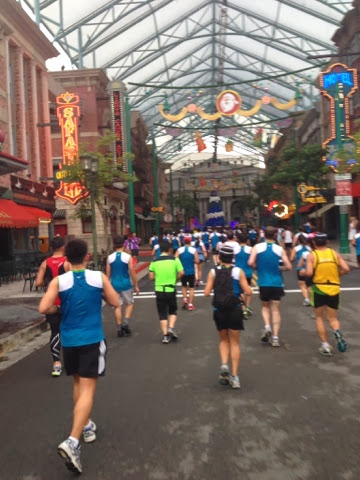 To be honest the kilometres flew by and I went through the 16km mark in exactly 2 hours so was still on pace - I had downloaded some awesome Christmas music to listen to on the way - and was having so much fun that I realised I was singing along out loud and was not in the least bit worried that no-one else could hear what I was listening to.

Just before the finish line 'the kids dash' was starting and Morag's kids, Sam and Isla, were taking part along with over 4000 other kids so I was keeping my eye out for them - that race started 750 metres from the finishing line.  In total more than 54,000 took part in one of the race day events so you can imagine the craziness at the end.

I crossed the finish line in 2.35 minutes so had picked up the pace a bit in the second half (what a well paced run).  I really had an absolute blast - enjoying every minute.  I don't even feel the slightest bit guilty that I didn't do what I had set out to do which was run the marathon.  Sometimes plans need to change as things don't always go the way we intended.   Sam and Isla were very proud of their efforts as well: 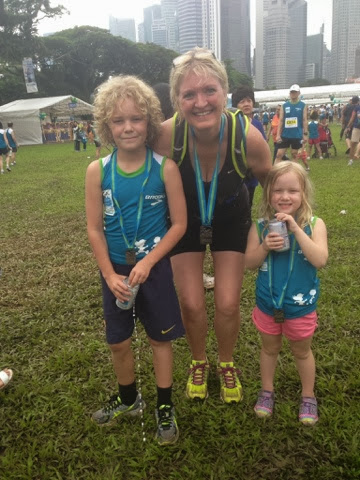 I am inspired now to build on the training I have done to date and will get ready for the Triathlon season which starts here in February - I have to see if I can improve on my third placing in my age group - lots to look forward to.
Before signing off today I want to say a special thanks to Sue Dorman for her wonderful coaching - she always goes with the flow for which I am very grateful.  See you in Auckland soon Sue!    Also I hope that Nick (whose race number I borrowed) likes the finishing photos - I definitely beamed at every photo opportunity!