Well its hard to believe but 1 year has now passed since I arrived in Singapore and so much has happened over 12 months.  I have travelled on business to Hong Kong, China, Japan and Australia and also been lucky enough to get home to NZ three times to celebrate Christmas, Easter and my dad's 80th birthday.  I have competed in triathlons (getting two podium finishes - 3rd place), aquathons  and duathlons and am now registered for the Singapore Standard Chartered marathon in December.  I have had more visitors staying with me in Singapore than I ever did in Auckland - which is just awesome. So has it been a good move?  Yes, it has.
When I look back it was a fairly risky decision to leave a good job and head to a country I knew little about - but as my cousin Geoff often says - Life is a Daring Adventure or nothing.  I am now on contract till June 2014 and then will reassess what is next.  My daughter, Sophia, has been accepted to attend university in France for the second half of next year so I may look at options in the UK for a short contract so we can enjoy some fun in Europe together - who knows what the future holds.  Exciting times.
Anyway, back to the marathon which is now 8 weeks away.  I flew along on my run this morning and wasn't sure whether it was due to the Paleo diet (day 27) the training plan or what.  However, when I got home I checked the temperature and suspect that as it was about 8 degrees colder than usual (and raining) it may have been due to that - although the diet and training plan are clearly contributing.  It was exciting to feel so good though! 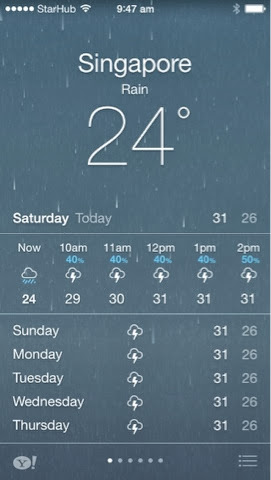 It is also a 'rest' week from a training perspective and I only had an hours run scheduled - the easier week is a pleasure but I am sure training ramps up again next week and will continue to do for the next 6 weeks or so before tapering off before the big event.
I am also excited that a few people who I am now working with are also training for the marathon so its great to be surrounded by people with the same interests!  I hear there are 25,000 people who participate in this event and that the pace is fairly slow given the numbers - well that shouldn't cause me any concerns :)
Anyway, after my run I enjoyed my Paleo breakfast of bacon, eggs, mushrooms and avocado - I have got very used to this type of breakfast and despite the 30 day Paleo challenge coming to an end I doubt I will ever stop eating this way - I feel and look leaner and eating this way is now becoming a normal part of life.  So, here is to the second year in Singapore - I wonder what might it bring? 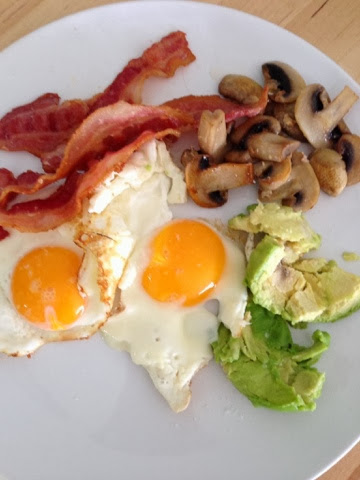